Career growth shouldn’t be traumatic. We need to nurture not haze. 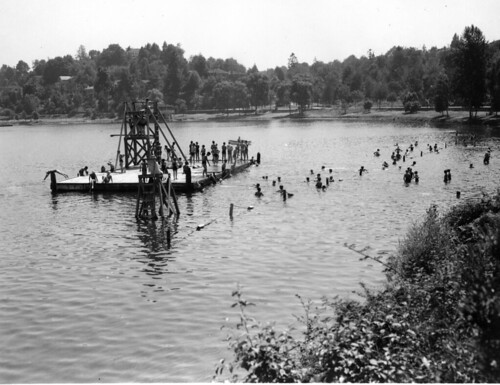 Yesterday somebody reminded me of a significant and traumatic episode in my early career. I was fresh out of library school, less than a year into my job as a professional librarian, and in the hustle phase. You know, the phase where you present at any conference that will have you on pretty much any topic that seems plausible because you need to establish yourself? There’s also a bit of “well, everybody does this, right?” So I felt very fortunate that an elder, more experienced librarian wanted to work with me on a presentation. Until we worked on it and did it. It was kind of a disaster because it turns out that person was a flake and not really a collaborator. I learned a lot from the experience, but not what I thought I would have (or wanted). The whole thing stressed me out because I felt like we let everybody down, that I was a failure, and it was going to be hard to recover from. Years later, I can say I don’t think any of that is true but I still wince when people bring up this person’s name and get a faint queasiness that reminds me of how miserable I felt immediately after our session.

This then made me think of all the other experiences like that. A lot of my learning through life has been a case of those in charge throwing me in the deep end, letting me figure it out on my own, and giving me some praise if it turns out OK. The missing piece though is that not only do I get the opportunity to do big things, I also get the pressure of doing big things essentially in isolation with minimal support or oversight. I always felt like if I messed up it would be the end of my career and my library. The stakes were always high and I was a wreck. But I was also able to get through these situations, grow past them, learn some things, and kind of move on.  I mean, yes I was able to physically weed by hand 80,000 items and split the collection for a stack shift/move in 3 weeks while the other librarian was on vacation for 2 of those weeks, but I still have a dead patch on the back of my hand from nerve damage from that as a reminder of how terrible it was.

One of the big lessons I’ve learned is that this is a really terrible way to help people grow professionally. I’m not saying people shouldn’t be given opportunities to tackle big things and do good work. I’m saying if people are given those opportunities they need support and guidance, and a feeling that if things go badly it’s not on them alone. It shouldn’t be an after the fact thing, it should be throughout the project. As I move into “mid career” territory and start mentoring and giving advice and guidance to newer professionals, I am keenly aware that there’s a need to support and give room, but also prevent unnecessarily traumatic events. Just because I was able to not drown doesn’t mean other people need to be treated the same way.

I guess this is extra frustrating when I see librarians eating their own in this way because you’d think since we’re knowledge workers, we’d be better at passing on our knowledge. I guess we are, but only if the new generation suffered the way we did? No thanks.