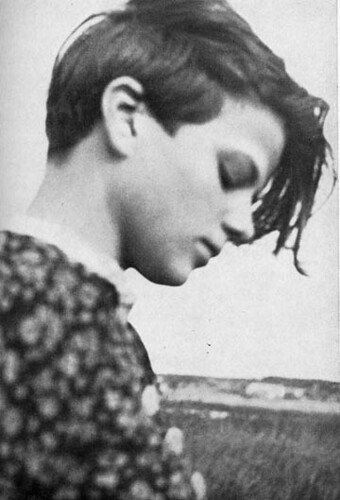 I often lament that I never really use my undergraduate degree in History and German. Only now it seems like my decision to get a degree in what I joked was “Nazi Studies” (modern German history, literature, and culture could be reduced in such a manner) has prepared me for these really chaotic times we are currently living in. It’s why I know the story of Sophie Scholl and the White Rose anti-Nazi group. Scholl and many other were executed for their dissent. They are now regarded as heroes, but what about back then?

It’s hard not to think about these things when you have white supremacists openly marching and inciting terror on the streets. I’m talking about Charlottesville, but it could easily be any other city with these “Free Speech” protests or demonstrations around Confederate statues (symbols of this country’s love of racist things). They’re coming here next weekend and I will be there to counter protest. Maybe you’re going to stay home and sheetcake it, whatever you’re comfortable with.

Which gets me to the crux of this post. This week different library groups like ALA, ACRL, and APALA issued statements denouncing the racist violence and domestic terrorism in Charlottesville. I realized yesterday that SLA never made a statement. Hell, there hasn’t even been a discussion about such a statement. Given how much getting statements about the Muslim Ban and against HB2 was like pulling teeth, I’m not surprised by any of this. It’s not to say that individually SLA members don’t care – I’ve noticed on Twitter how many of my fellow SLAers are outraged and mobilized to speak out and stop hate and racism in many different ways. I’ve also noticed that nobody has called for SLA to do anything. Maybe we’ve learned that SLA isn’t that type of organization. That we aren’t there yet, and we don’t feel like opening up any uneasy truce we have with ourselves. That is weak excuse.

I’m not making a big deal about SLA this time around because I’d rather spend my energy working on other things. Combating white supremacy through SLA is not the most effective use of my bandwidth. Combating Nazis when they come to town is. Getting people to actually think about Antifas beyond mainstream media soundbites is. Am I disappointed with SLA’s inaction? Yes. Though if they did anything at this point it would mostly come off as too little too late. I wish SLA had more passion and energy for justice, but it still regards itself a an organization for corporate libraries. And while some corporations are taking stands (finally), many others are still silent.

Would I like SLA to change? Yes. Do I expect it to this week? No. Will I speak up and continue to push them to change? Yes, but only after the Nazis come to town.

If Charlottesville has taught us anything, it’s that the time for neutrality is over. The “both sides” argument is beyond dumb at this point and clearly picking a side. You can’t compare white supremacists and the anarchists. Libraries are figuring this out. I hope SLA speaks up before it’s too late.