Degrees don’t make librarians – but neither do books. 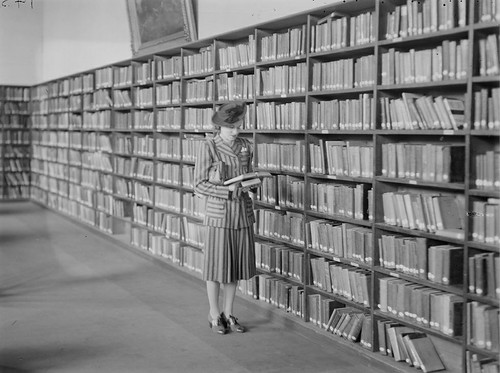 Things have been ranty on library Twitter this week. Yesterday was that racist and idiotic column in a LIS journal about librarian stereotypes that illustrated failures of editorial oversight. Today, I saw something from from the esteemed John Fink about MLIS vs. not argument. Turns out it’s from this post by Michelle Anne Schingler on Book Riot, “In Praise Of Non Degreed Librarians”. It touches upon so many of my pet peeves with the profession that make me want to scream, but (as long time readers of this blog know), I just rant here.

Schingler’s post starts with her confessing to a vendor that she doesn’t have an MLIS, so she can’t speak as a librarian. She then goes on to describe the dichotomy of the degree vs. not at her library, generalizing it to the wider profession. This conflict is old hat and is something we need to sort out. I have an MLIS and I think it was a valuable use of my time to earn it. I also knew that if I wanted to perform the kind of library work I’d like, then I’d need the degree to get those jobs. Does the degree make the professional? Well, kind of but not necessarily. I think you can be a librarian through other means, but it really depends on the system. I don’t know the author’s situation or what kind of position she has, but it could be that the MLIS would be nice but not necessary.

This sort of reminds me of a recent position we hired for at MPOW. We had 70 applicants for a library assistant (para-pro) position. Half of them had/were working towards an MLIS and most of those I didn’t look at twice. Why? They didn’t have the experience we needed – circulation and technical processing. They don’t teach you that in library school, but they are crucial functions to the operation of a library. There’s an art to circulation and item records that I don’t think enough people appreciate and I don’t think and MLIS makes you better at it. There are lots of other functions in libraries that don’t necessitate the degree that are hugely valuable. The thing we need to do collectively is recognize that for libraries to operate, it takes respect and support for all kinds of functions. Our new LA will be handling a lot of the library’s operations so I can focus on research projects and launching new initiatives. I’m thankful to have somebody I can trust with those tasks and respect their professionalism.

When people who talk about the divide of those with the MLIS or not, I hear hurt feelings and friction in their workplace. I will say, experience can teach you a lot but there’s also value in learning the philosophy and theory of practice. There’s not one single solution to being a good librarian/library worker/information professional/whatever.

Schingler’s post really lost me though with this passage:

You’re there for the love of it—that’s what patrons sense; that is the essence of the work. But that statement–the idea that librarians can be driven primarily by a love of books–is also a surefire way to draw ire from (some) MLSes.

She’s clearly working in a public library that has a lot of the traditional perceptions of libraries and librarians that are tied to warm feelings and a love of books. This is where she lost me and where I think an MLIS might be kind of valuable – librarie’s are way more than books and any LIS school worth anything these days is teaching people that.

I don’t really love books and I’m trying to figure out how to make our library completely digital because I think that will better serve our user community. Does that mean I’m a crummy librarian? The passion I bring to the table when talking to my colleagues isn’t a devotion to the container, it’s concern for accessibility and preservation. I want people to be able to use our collection (whatever it is) and find the resources they need to do their work. I don’t think that mission is different for public libraries, academic libraries, or special libraries (or wherever you fit on the spectrum) – we’re here to serve a community and often that means fostering and building that community. Libraries aren’t the collection, but the use of the collection. I don’t think my MLIS taught me that because I know this isn’t a universally held belief, but I think it helped me on the way to figuring that out. My library isn’t about books – it’s about access to journals and data. That’s what our researchers want.

So in closing, I don’t think an MLIS make a librarian and we need to value all library employees. I have no issues with people using the term “librarian” for all library professionals, but I also recognize the MLIS opens some doors that would otherwise be shut. I do think everybody should be open to learning and growing as professionals, and some of that is shaking loose old notions of libraries and librarians. One of the biggest things holding us all back (just as much as funding issues) is defining ourselves by the collection and focusing on books. We’re more than that. We’re better than that. It’s also a very old school, narrow view of the profession and I want to move beyond that.

One response to “Degrees don’t make librarians – but neither do books.”