Helping the next generation stand your shoulders: Pay it forward for the profession 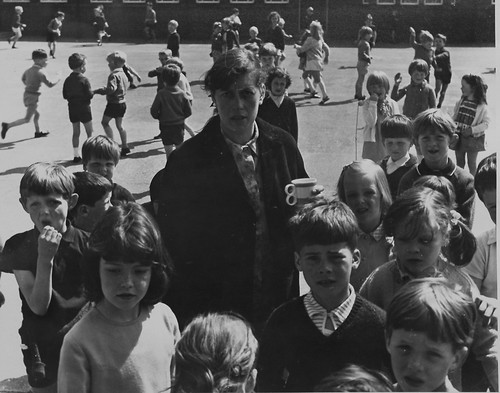 I’ve been feeling old lately. I have a kid. Things from my youth are cool again, but in an ironic nostalgia kind of way. I find myself listening to jazz semi-regularly. I’m mid-career. I’m management. I’m in a position to help new professionals get a foothold. I have wisdom about life to dispense. For somebody who was usually the youngest person in the room, it’s been kind of weird. But it’s also been kind of gratifying. I’m not an angry young upstart anymore, but I’m in a position to support and give a platform to angry young upstarts. It’s the circle of life. I appreciate it.

I’ve been ruminating on this for a while since I’m turning in my promotion packet this week – making the leap from Associate Librarian to full Librarian. It’s forced me to look back at my career and see how far I’ve come and evolved in the last decade. It also forced me to reach out to colleagues and ask for external letters of support. I didn’t approach people lightly, since I recognize it’s asking for a limited resource (their time) with abstract compensation (feeding the academic reputation machine). Most the people I approached to be considered understood the system, and were happy to help me out. Not everybody did though… and this is where I got annoyed.

I’m not annoyed they didn’t write the letter – while my promotion case seems like the center of my universe (actually, so many other work things are the center of my universe), I don’t expect it to be a priority for others. I’m annoyed that they flaked, that they said they’d write a letter and then didn’t. I’m annoyed that these people want to be regarded as respected members of the professional community, that we should look to them for wisdom and guidance, that their opinion matters because of their stature, but then they won’t take an hour of time to help another member of that community. This sort of behavior is especially galling from other academics who rely on the social and professional capital of others to climb the ranks, but then don’t return the favor for others. And while the peer-review process for promotion has gigantic problems, we are still stuck playing the game. So yeah – this week when I handed over my promotion packet to my boss, I am pretty annoyed with some of my colleagues that I asked to write letters who I’m pretty certain flaked.

And this is where instead of stewing in my ire, I’m going to put out the call for us to do better. If you are in a position of power, authority, leadership, prestige, remember how you got there. Remember how many people helped you out along the way. People who wrote letters of recommendation or support for you. People who nominated you for awards. People who served as references on job applications. People who appointed you to committees. People who took you out for coffee and listened to you figure stuff out, and maybe gave you some advice. You did not get to where you are in your career alone. It took a community. So when you are asked to give back to that community in small ways, like write a letter of support, you really should do it if you can. Don’t pull up the ladder and cut off opportunities for future generations just because you made it. If you want to be regarded as a leader in the profession, it means taking some time to give back to others. It’s vital for the next generation to have a chance to make their mark.

And hey – if you ever want me to write a letter of support or recommendation for you? Just ask. If my calendar isn’t too slammed, I’m happy to do it. If I don’t have time to do it, I’ll give you a sincere, apologetic decline.

And to everybody who has taken time over the years to help me out in a variety of ways, you have my eternal thanks and deepest respect. I have been fortunate to work with awesome people around the globe.

One response to “Helping the next generation stand your shoulders: Pay it forward for the profession”