#MeToo, Redemption, and moving forward without forgetting in the Library Profession 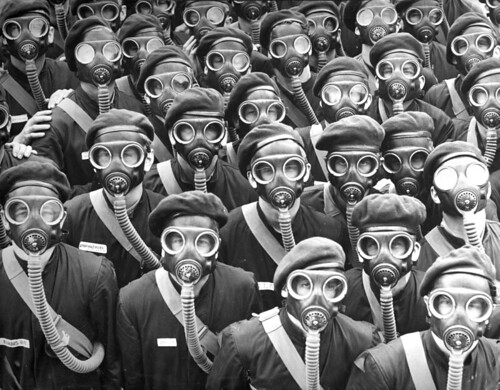 In the post-#MeToo era, it’s hard not to think about sexism in the form of abuse, assault, and harassment. What started in the entertainment industry has spread. We’ve seen it in academia, in science, and kind of in libraries. The discussion in libraries centered mostly on public library users against library workers stopped short of dealing with these issues in the profession, particularly professional associations.

The library world did have a conversation around this before the #MeToo era but post GamerGate. That context is important when going back and looking at the record for this discussion because much of it reflects the MRA zeitgeist around GamerGate, and pulled in commenters outside of the library world, using it as an example that fit their agenda. (And hindsight has made this whole thing more chilling, since this kind of sexism has been used to lure men into white supremacist groups.)  Through that noise, there was a discussion among library folk that talked about issues around sexual assault and harrassment in professional settings – particularly conferences. The conversation was cut off through the chilling effect of a SLAPP lawsuit and public retractions/apologies. Those who spoke up are no longer in the profession and the person who was accused pivoted to a different, tangential field. In the intervening years many people moved on and the episode faded from memory. Or they didn’t really forget but didn’t really talk about it.

Some recent conversations have made me examine what would be necessary for any kind of reconciliation or redemption. Would it even be possible for people who may have behaved inappropriately to be welcomed back? (If they actually went away). I think the bare minimum would be some acknowledgement of harm, which would also accompany an apology. (Like when Dan Harmon apologized to Megan Ganz.) I recognize that many (men) cannot even do that. Any kind of redemption has to start with some basic accountability: acknowledge the harm that occurred, sincerely apologize for that harm, stop the harmful behavior, and take action to repair or mitigate damage to those who were harmed. The ABA has a really good post discussing restorative justice in the wake of #MeToo that has many excellent points. But here is how they summarize the path to redemption:

What is required for those called out by #MeToo to rebuild their moral and social identities may depend, in part, on the nature of their offense – its severity, intentionality, and pervasiveness. Attention to these nuances is important in order to avoid moral flattening, the temptation to conflate crimes and behaviors that are meaningfully different. But insufficient attention to building a foundation for redemption can cause efforts at reintegration or “comebacks” to fall flat. As actress and early Weinstein accuser Ashley Judd has noted, “There’s an appropriate sequence. Accountability, introspection, restitution, then redemption. You don’t get to skip the stages that lead to redemption.”

So bringing it back to now, and facing so many issues that many of my colleagues have swallowed, buried, and tried to forget, many inappropriate and upsetting situations that we have witnessed and did nothing about. There has been no accountability and I don’t know if there really can be since many of these situations took place long before #MeToo, and it a more difficult environment for people to speak up. And a lot of these kinds of transgressions happen in those murky grey areas, where somebody with influence and notoriety (and thus power) abuses their stature to behave inappropriately. It could be groping, it could be unwanted advances, it could be sexually suggestive jokes in professional settings. That kind of behavior is silencing, makes people feel unwelcomed, makes people complicit, and drives people away.

When I was a young librarian, fresh out of library school and trying to get a foothold in the profession, I went along with moments of inappropriate behavior because I wanted to stay in favor of those in positions of privilege. I laughed at wildly inappropriate and offensive jokes in bars of conference hotels because they were told by leaders I looked up to. I tried to hang with that crowd because I thought it would help get ahead, but in hindsight it didn’t (outside the fact I came to see many of the “leaders” as flawed humans like the rest of us). I am fortunate that I was spared some of the worst behavior, but that makes me feel more complicit. It also makes me wonder about how many rising stars, movers and shakers, and other great librarians we lost because they were driven away by this kind of behavior. I am writing this to hold myself accountable and to encourage others to hold the whole system accountable. (Nevermind that there’s also likely a correlation between men abusing their privilege and getting speaking gigs to promote innovate-or-die hucksterism.) We live and work in a time where codes of conduct are standard, which we sadly need to remember. I feel like we take it for granted that #MeToo was a watershed, but then also forget that it just means we have the vocabulary and tools to address inappropriate behavior that never really went away.