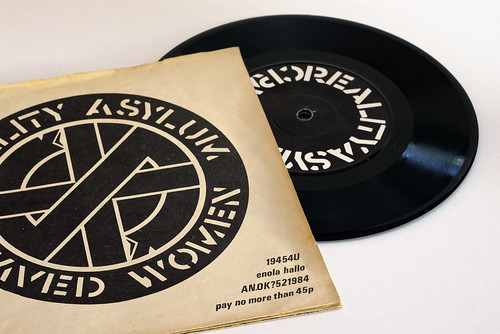 Back in 2015 I wrote about being radical through our actions, not just or words. This week I was reminded of that post when somebody in a union setting referenced “radical” R. David Lankes and I quipped, “I guess crossing a picket line is pretty radical.” They didn’t know the story and I had pretty much forgot about it too, except not enough to just say, “oh him” when his name was mentioned.

Looking over that post, I found it striking how far things have progressed. Today at ALA, Librarian of Congress Carla Hayden has a keynote discussion with Michelle Obama. Critical librarianship is a pretty well known and established concept. I mean, even SLA has a Diversity, Inclusion, Community & Equity (DICE) Caucus now. We as a profession still have a long, long way to go to really be diverse and inclusive but I think we’re on the path there. We’re more conscious of who’s on stage, who’s in the room, and who isn’t but should be. People are finally listening and doing stuff. We just need to keep doing it.

And then I think about our actions. Man, 2015 seems like a completely different timeline. But I know more librarians are engaged in actions, but we all need to be active and to see how we all play off one another. I’m still involved with SLA, focusing on creating opportunities and support for students and new professionals, paying it forward to all of those librarians who helped me stick it out for a decade. That’s just one piece though. Locally I am more active in our union because that is another concrete way to give back to the profession. I want to have a vibrant and diverse profession, so I am working on making it accessible to people by fighting for living wages and adequate professional development. Putting a philosophy into action. That’s one thing union bargaining across the board has taught me: it’s not just having good ideas and dreams of utopia, you need to have concrete steps to get there. It’s sometimes iterative but it’s a start. It’s an action.

So I think a lot of us have been activated in this post-Trump era because we recognize that being idle isn’t an option. That gives me hope, but we have to keep fighting. Keep it up.

And of course for the history lesson. In the last post I talked about the iconic punk band Crass. This picture is for the single of “Asylum” with the b-side “Shaved Women” (which was about French women who were Nazi collaborators). “Asylum” or “Reality Asylum” was also supposed to be on their first album Feeding the 5000 but the Irish pressing plant refused to press the record with it because the song is straight blasphemy. So the first pressing has blank space or silence labeled “The Sound of Free Speech” going into “Do They Owe Us A Living“. And in typing this whole thing up, man… every song is still powerful and relevant 40 years later. So, go listen to it.