What’s A Library Without Women? Closed. 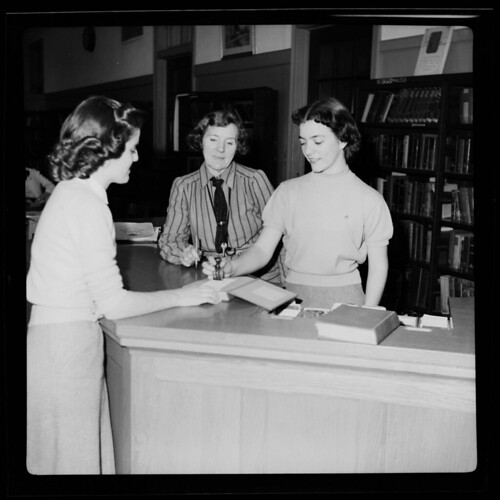 Today is International Women’s Day, and there’s the Day Without Women Strike. General strikes aren’t that common now, but it’s important to remember that the origin of IWD is in the socialist worker’s movement – go read about it.

I came to work today after lots of deliberation. Had I not just gotten back from parental leave, and would it not mean closing the library, it would have been a simple “I’m staying home”. But as it stands, I am still catching up on work and have some deadlines. Of course, I’ll probably still have to close the library early due to limited staffing today and childcare. Which pretty much illustrates the role of women in libraries.

Librarians are a classic pink collar profession that still is predominantly female. In my library, every person working here is a woman (all 4 of us!). I’m the only one working today and I will leave early to make sure I can pick my kid up from daycare, a very gendered act (or a reflection of crazy Bay Area commutes – my partner’s is a 2 hour commute). If lots of librarians were participating in the Day Without Women, several libraries would be closed or have severely reduced services. Some colleagues are talking about it, though not as much publicly as I had hoped. Some of this is uneasiness with being overtly political at work, especially with the current administration. I share those fears.

I think a bigger, and much easier to overcome, problem though is moderate apathy and a need for comfort and convenience. You might argue that you can’t strike because you don’t want to limit service or close the library, but what’s a better demonstration of a day without women? I mean, that’s basically the point of the strike. A real day without women would pretty much mean a day without most libraries. Striking or not is a personal choice, but should be part of a conversation that goes beyond performance. Public apologias with excuses for not striking are kind of meaningless if they aren’t accompanied with smaller, actionable changes that can be done. Revolution isn’t for everybody, but if we actually want to change the status quo, we need to overcome inertia and actually do something. Thinking about change is a great first step, but going beyond normal comfort levels has to be the next. If that’s striking today, having a public dialog about the role of women in the profession, ways our services can be more accessible to the whole community, whatever else you got, there has to be some action. I recognize politics are very personal for a lot of people, there’s privilege in making political acts, and that some people really just don’t care. I don’t have time for the apathy, just like I don’t have much time for excuses.

So my actions today, other than angst: Join the campus walk out in a few minutes. Wearing the most red shirt that fits today. Working the circ desk. Closing early so I can pick up my kid from daycare. Discuss the role of women in libraries and society with anybody in earshot. Urge people to think about small ways they can do something to bring about change they want beyond public apologies for why they can’t.