Working through friction towards consensus 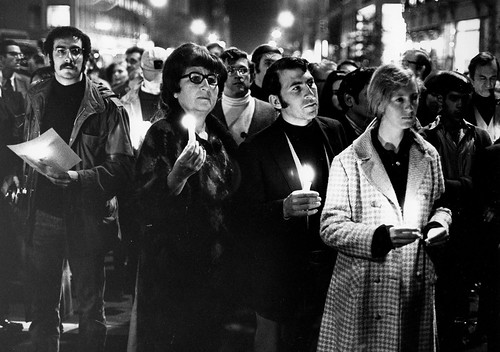 Today I attended a forum for SLA 2021 Board candidates to meet and talk to members. After years of involvement and talking about the association, I’m finally standing for the board. You can read my candidate statement here. The questions and discussions were interesting and I wish I could have talked to some of the other candidates to get a sense of their positions beyond the statements, but it’s hard with a compressed election cycle and so many candidates.

I focused a lot on the need to define “member driven” and build opportunities for member engagement and feedback into association governance – to democratize SLA in a way, building on lessons I’ve learned from union organizing. Which led to an interesting question – if elected how would I work with members of the current board that have a different perspective and point of view?

When the question was asked, it definitely had an edge to it with some implied antagonism between myself and current board members that I don’t think exists, but it does reflect current concerns within the SLA membership. Rather than taking it as a “gotcha” moment, or some kind of trap, I tried to answer it honestly: First it depends on how the election goes, to see who is on the board. Secondly, I would expect there to be disagreements but I imagine we’re all in it to help SLA succeed. So assuming good intentions, we’ll work through the friction for an inclusive path.

This reminded me that not everybody is comfortable with friction, though some folks are all too used to it in different contexts. Growing up kind of weird, my life has always had friction. I never fit in at school, with my family, community. (I also recognize this is all very mild friction, growing up a middle class white kid in the U.S.) I had to assume people wouldn’t agree with me, or understand my point right away. That my ideas and philosophies weren’t always orthodox, and that was OK. The friction taught me to find ways to connect with others, to find common ground, and that it takes work, listening and sharing. As I have gotten older, I’ve gotten more at ease with the constant friction being a bit different. I just assume others don’t understand my perspective, nor I theirs, and that I need to engage and learn.

And the SLA candidate event this morning reminded me that I am not quite like some of the other board candidates – though not very dissimilar either. We all want what we think is the best for SLA. We have different approaches, informed by our different sets of philosophies and values. On one hand I feel kind of sheepish when I talk about my passion for engaging members, borrowing from the framework I’ve learned as a union organizer, because it’s not been a model talked about in SLA during my time as a member. I feel self conscious when I question the impact of neoliberalism on special libraries and the information economy, but it’s also genuine. I don’t know if SLA members would elect somebody openly anti-capitalist, and I don’t expect SLA to become an anti-capitalist organization, but I also think there’s a lot of be gained to be earnest in raising those questions. It’s through the friction from asking these questions, to cut through platitudes, and hopefully get a more defined value statement for SLA members, that I hope the association will be member driven in a democratic sense. Building consensus is a process, not a decree.